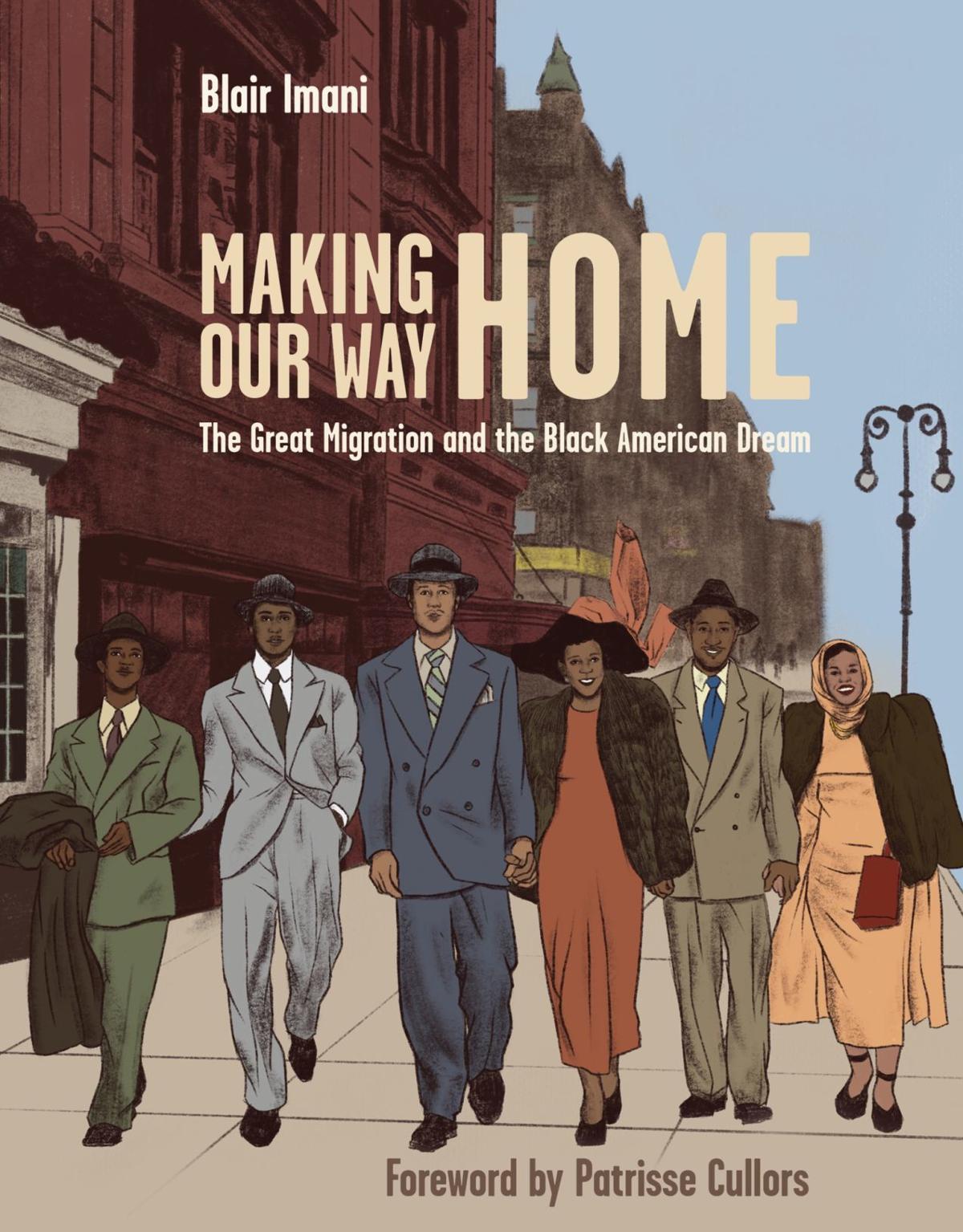 You are not safe.

How scary is that? If someone told you that your life was in danger right now, and they were serious, what would you do? Where would you go, and who would you seek out for help? In the new book “Making Our Way Home” by Blair Imani, your ancestors may have looked for answers to those questions hundreds of miles away.

In the months after President Abraham Lincoln’s Emancipation Proclamation “marked the beginning of the end of ... slavery in the United States,” it quickly became apparent that equality for black people in many places wasn’t going to happen — in fact, in some areas of the United States, racism and Jim Crow laws kept even the smallest advantage out of the reach of newly freed slaves. It was frustrating, disorienting and it could be dangerous: People were sometimes lynched and killed just for living their lives.

At around the turn of the last century, black Americans began to hear that life in the North and West was better — maybe not totally equal, but jobs were plentiful, decent housing was easier to get, education was available for black children, and some companies even helped black workers get settled in a new life. Tens of thousands of black southerners headed to New York, Chicago and parts north, while others went to California and Oklahoma.

When World War I began, black soldiers did their part in the effort and were proud to do it. After they came home, though, they were disappointed to see that nothing had changed at all; the same thing happened at the end of World War II, after men and women alike served at home and abroad. Inequality was still in force here in the United States. This started the “second wave” of the Great Migration: At the end of both wars, black Americans headed north and west, including black musicians, singers, athletes, writers and scholars.

And yet, there was still “disillusionment and frustration” at continued inequality that “laid the foundation of the civil rights movement” ...

Much as you hate to judge a book by its cover (weren’t we warned about that?), it may be hard for your child not to do so with “Making Our Way Home.”

On the outside, this book looks an awful lot like a textbook. That’s unfortunate, because author Blair Imani packs a superb amount of story inside the covers, and history isn’t the only thing your child will get here. Imani also writes about the people who migrated — moves that opened doors for their unique talents.

She includes LGBTQ individuals and those outside the mainstream. Children will learn about social issues and events that culturally impacted the Great Migration (which Imani treats as one event rather than two “waves”), and the illustrations by Rachelle Baker are great draws to empowering stories.

Ultimately, pride emanates strongly from the pages of “Making Our Way Home,” and that should make it easier to get your 10- to 15-year-old child interested, despite the books’ academic look. One page is all it’ll take, and enjoyment is a safe bet.