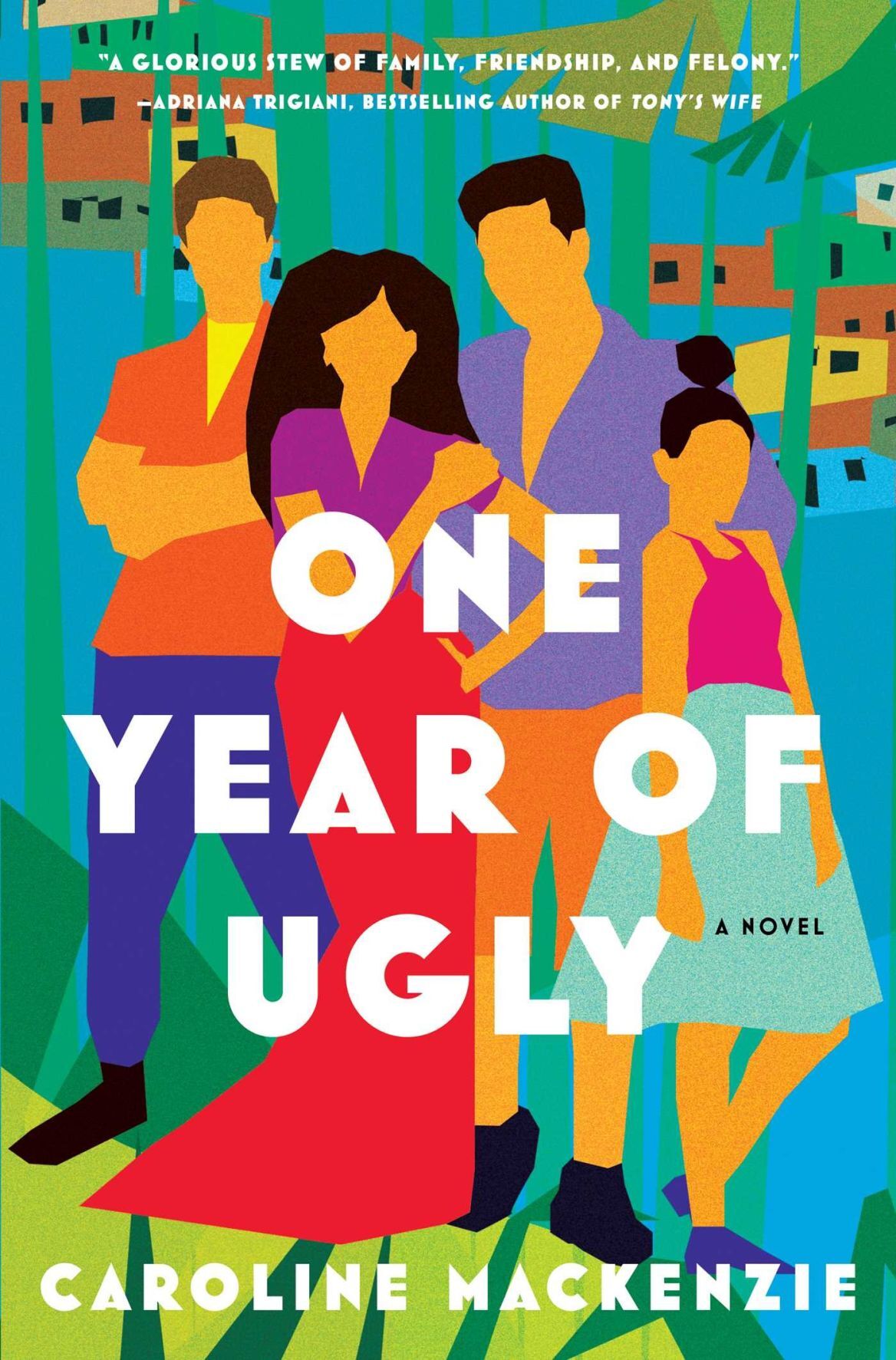 One Year of Ugly

The officer at the bank said “yes.”

And there you were: The proud owner of something huge, something you’d wanted your entire life. That’s thrilling, on one hand, and scary on the other: You’ve achieved your dream, but you’ll contribute toward that loan for many years. And as in the new novel, “One Year of Ugly” by Caroline Mackenzie, payback is no fun.

That, alone, was a shocker: Her ex-husband, Mauricio, found her on the floor of his house, as dead as his dream of ever getting back with her again. But then, the first weekend the Palacio family gathered without Celia, a greasy man showed up in Mauricio’s backyard with a gun, saying his name was “Ugly,” claiming that Celia had borrowed money from him for things like private school enrollment and fraudulent papers that allowed her and her family to stay in Trinidad and not be deported back to Venezuela. And now that she was dead, Ugly said, Aunt Celia’s debt was the Palacios’ debt.

Twenty-four-year-old Yola could hardly believe it. She held her Aunt Celia in the highest regard. She wanted to be like Celia. How could her father’s sister, her beloved mentor, do such a thing?

The clues were in Celia’s handwritten memoirs and, feeling as though the words kept her aunt alive a little longer, Yola resisted finishing the manuscript in one sitting — a resistance that wasn’t hard because Ugly had decided that the Palacios would pay off Celia’s debt by temporarily sheltering other Venezuelans that he’d sneaked into the country.

Yola’s parents’ home suddenly had a constantly revolving door, strangers in and out, brought there by Román, Ugly’s henchman who made Yola drool.

She couldn’t explain it, but yes, she’d fallen in love with her family’s captor and she trusted Román with their lives. Right in the middle of everything else, somehow, she knew that if Ugly didn’t kill someone Yola loved, the stress of his payback plan surely would.

Believe it or not, “One Year of Ugly” is somewhat of a comedy. It’s also a ludicrous romp with a harebrained plot that can get too outrageous. It’s also a romance. It’s also a dark look at the assumptions we incorrectly attribute to family members.

Really, this novel is somewhat like the kind of stew you make when everyone in your friends circle is broke: Everybody brings something, and it’s all put in the same pot, boiled until one thing or other bubbles over, and then it’s ready to serve.

It’s pretty tasty, too, come to think of it: Author Caroline Mackenzie tells this tale enough, but not so much that the mystery of key characters is destroyed. We know them — but we don’t, which adds to what is also a thriller aspect of this novel.

Beware that there is a high abundance of profanity in this book, and a couple of righteously silly scenes that fit. If you can get around that, “One Year of Ugly” is fun you can bank on.