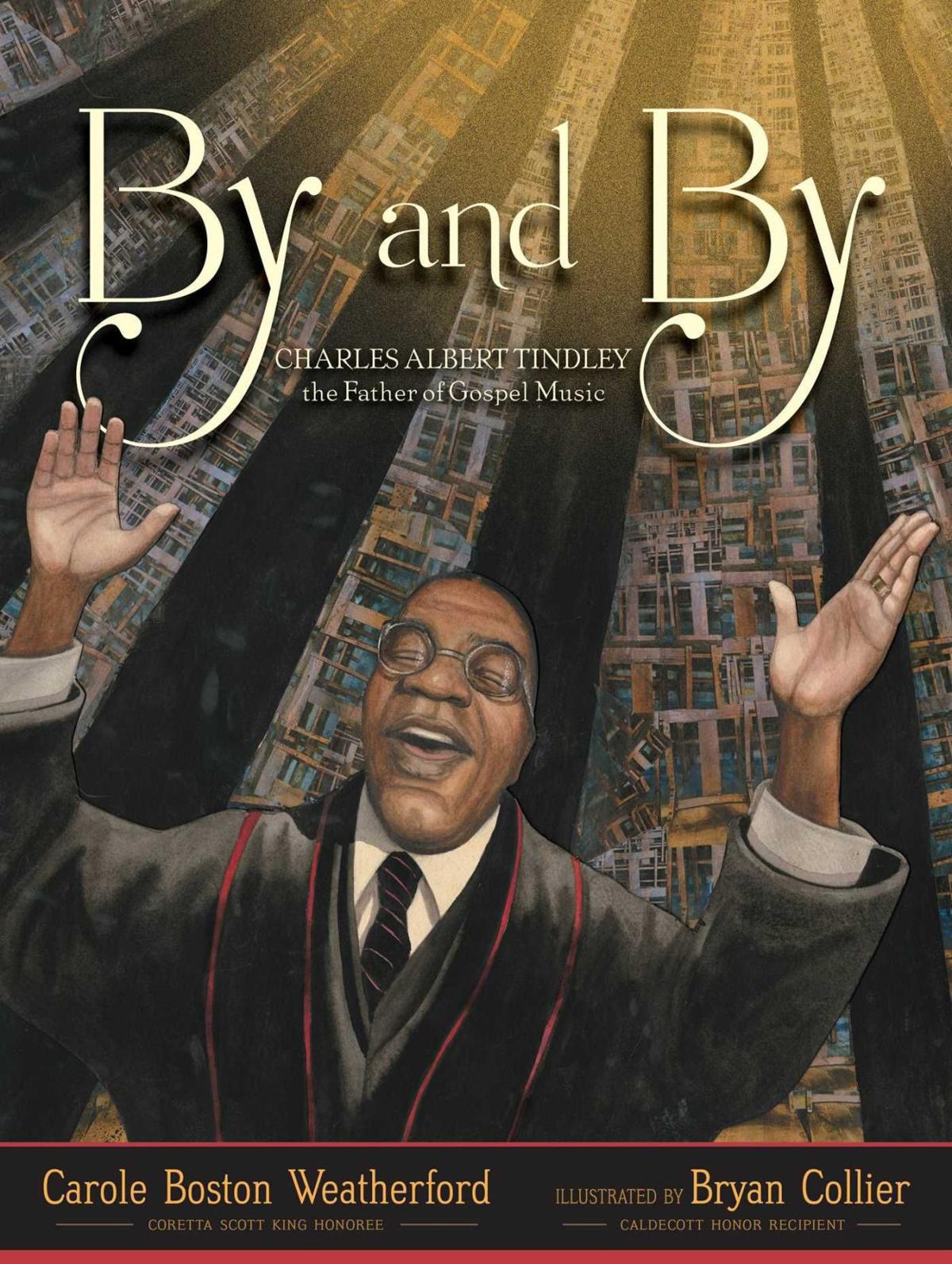 “By and By: Charles Albert Tindley, the Father of Gospel Music” by Carole Boston Weatherford, illustrated by Bryan Collier, 2020, Atheneum Books for Young Readers, 48 pages, $17.99

Every Sunday morning, you get to do your favorite thing. You get to sing.

You know the words to all the songs without even looking. Every tune is one you’ve sang before, one your Mama’s known since she was little, one your Grandma sang once upon a time. All you need is to hear the first few notes and your voice is lifted high, and as in the new book “By and By” by Carole Boston Weatherford, illustrated by Bryan Collier, your praise rises beyond the clouds.

It started as a sad song, when he was born in Maryland nearly 170 years ago: His father was a slave and his mother was a free woman. The law said that Charles was free like his mother and so, when she died and because his father had no rights, the boy suddenly had no parents. His aunt took him in and sent him to work on nearby farms.

The work was hard, but singing gave Charles something to think about. He first learned “chants in the field” and then he heard spirituals sung between the crops. This inspired him to want to learn and so, by the light of an oil lamp and fire in the hearth, he taught himself to read the newspaper and then a Bible.

Young Charles was inspired. Soon, he started looking for a church to attend and when he found one, he went — and even though Charles had no shoes, the preacher there welcomed him and let him testify before the congregation. Charles promised himself that nothing would ever come between him and God, ever.

As he grew with God, Charles Albert Tindley became the Rev. Tindley, who had a wife and a church and a congregation all his own. His church helped people during the Great Depression. It had an orchestra. And every Sunday, the songs that the Rev. Tindley wrote were lifted up to God — just as they are now, this week, perhaps, in your own church.

If your household is like most, music surrounds your child from a variety of sources: oldies, new artists, classics and hymns. Some come from what may be a surprising source, and “By and By” tells the tale.

And yet, use caution when introducing this story to your children: For the smallest reader, the story of “The Father of Gospel Music” might need a bit more explaining. Weatherford’s poem-biography tells a lot but perhaps not enough so that preschoolers will easily understand, particularly in its significance. Parents and grandparents will find notes at the end of the book to be of further help or, alternately, you can let the lush artwork from Collier teach your child everything he needs to know for now about this inspiring tale.

The 4- to 8-year-old child who loves to sing, who loves to dance, and who loves her church will want you to read this book. “By and By” could become her favorite thing.