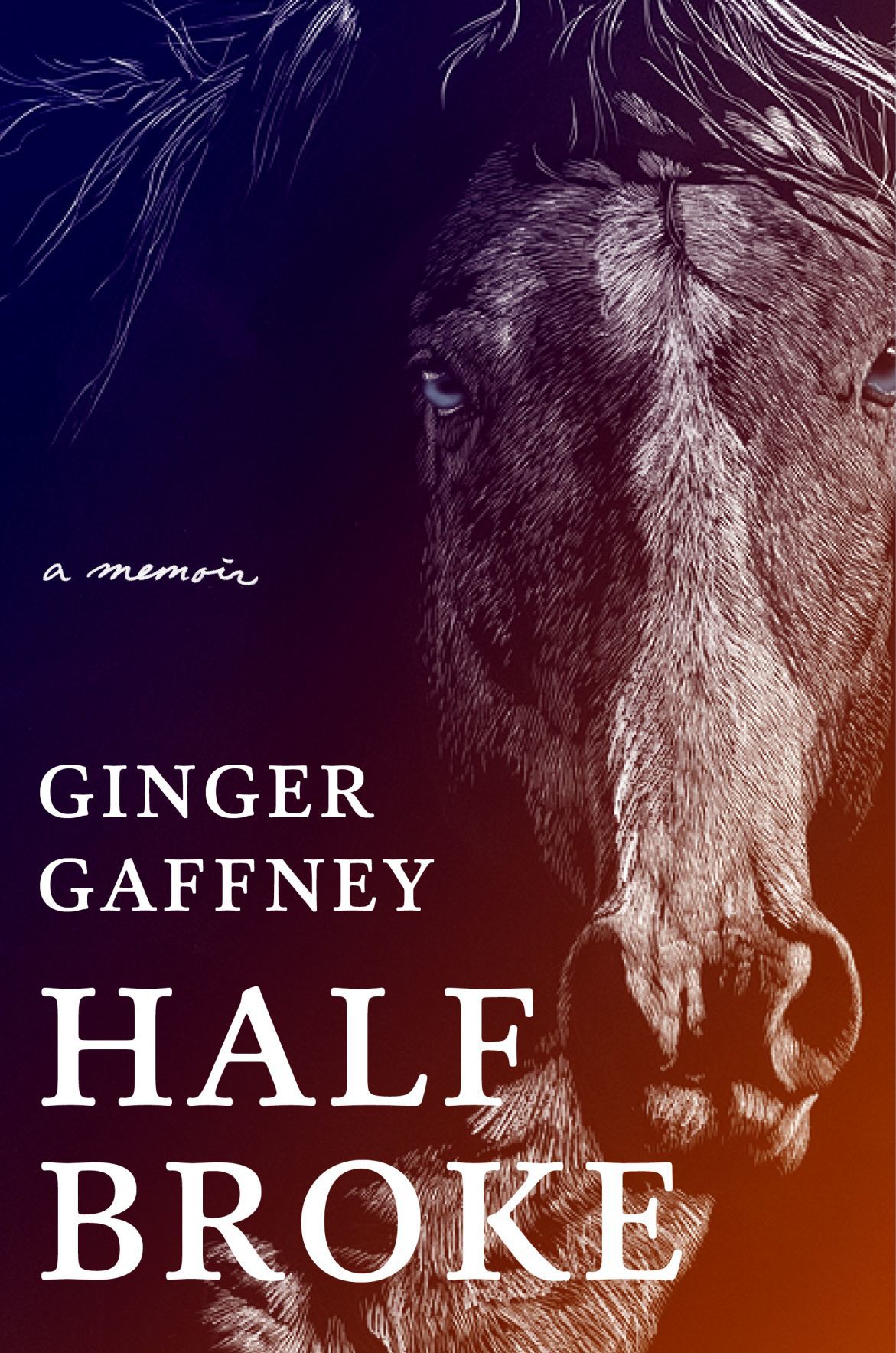 The last time you went riding, the weather was perfect.

Did you notice that? Or were you thinking about something, some niggling issue, a thorny problem that needed to be solved from the back of a saddle? They say that the outside of a horse is good for the inside of a man. In “Half Broke” by Ginger Gaffney, the same goes for the inside of a woman.

She knew she wasn’t going to get paid for the job.

That was fine. Ginger Gaffney had a calendar full of work that paid the bills for the small homestead she and her partner shared.

No, a gig working with a New Mexico ranch that served somewhat as a transitional option for inmates was Gaffney’s way of giving back. Gratis work was gratitude for a good life.

It wasn’t always good, though.

To say that Gaffney was quiet as a child is putting it mildly: She didn’t speak until she was 6 years old.

She felt like a “genderless thing,” she was angry, scared, hurt, mistrustful, had little self-control and she sometimes lashed out. Then she got a horse.

And now she’d volunteered to work on this “alternative” ranch with horses that had gone feral because nobody knew how to handle or train them. She knew exactly how those animals felt because she’d been like them once, as had the ranchers Gaffney was asked to teach: former addicts, lawbreakers, alcoholics who’d been tossed aside, who’d applied for an opportunity to work with horses, and who were constantly monitored and mentored to give them the best chance to avoid being imprisoned again.

Every horse has a story to tell. Every rancher had one, too, but the rules were strict about when they could share them, so Gaffney truly knew little about the people she taught: Eliza, who’d been nearly mute; Flor, an admitted liar; Randy, who dieted to ride; Tony, who had anger issues; Sarah, the biggest enigma of all; and Marco, who leaves this book with a surprise ending.

The first time you were on a horse happened so long ago that it’s like having a finger or a nose: It never wasn’t. You probably don’t even remember it, but you won’t forget “Half Broke.”

Swinging timelines like a lariat, author Gaffney tells her own barnboard-rough story, but that absolutely takes a back seat to tales of horses she’s known and people she knew at the prison ranch near Santa Fe.

Her tales are told with deliberateness, and quietly — even the ones that pulse with anger or gnashing teeth — but the graciousness and generosity here comes out loud and clear, leaving readers with a sad smile, a good chuckle, a gasp and the thought that books like this just don’t last long enough.

Yes, the skies can be cloudy all day in this memoir, but it’s a wonderful one that horse lovers, armchair cowpokes and reform workers shouldn’t even try to resist.

If that’s you, you should know that “Half Broke” is a “heckuva” ride.