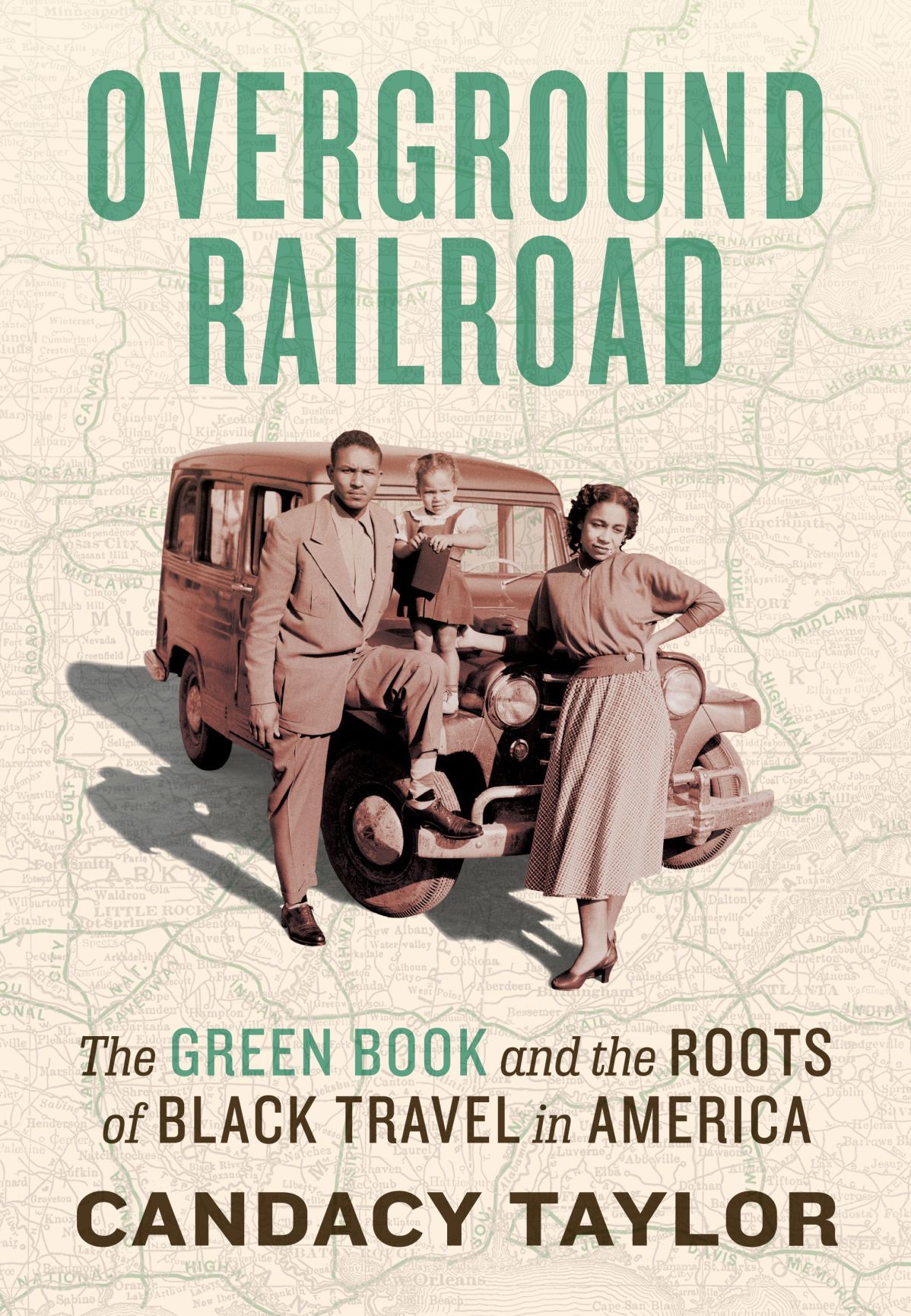 “Overground Railroad: The Green Book and the Roots of Black Travel in America” by Candacy Taylor, 2020, Abrams Press, 360 pages, $35

Your tickets have been purchased.

Reservations were made in your name, and all that’s left is packing. Yep, you’re heading out for the weekend, a week, a month, gone on the trip of a lifetime and, as you’ll see in “Overground Railroad” by Candacy Taylor, it’s a trip your grandparents might’ve been denied.

Ron was just 7 years old when he was told to sit still and be quiet in the backseat of his parents’ car, where he listened as a police officer questioned his father by a country road. Even when he was an old man and stepdad to the author, he remembered the tension coming from the front seat of that car.

Her stepfather’s stories helped Taylor understand many things, including why he and black folks his age preferred to travel at night, on side roads. At about this same time, Taylor’s white friends began expressing outrage over white supremacists and she replied with facts about incarceration of black men. To her, the three histories were one: Black people have always been denied equality.

In the 20th century, that inequality largely resulted from Jim Crow laws which, among other humiliations, allowed restaurants, hotels and gas stations to refuse service to black travelers. On the road, brave or desperate blacks risked violence or even death by testing the laws; in years following The Great Depression, those laws gave Victor Green an idea.

Green lived in Harlem, worked as a mailman and saw a future where black people owned cars (rare in the 1930s) they could insure (also rare). With help from other mailmen, information on black-owned businesses that black travelers could visit was gathered and published in a book that was initially Harlem-centric. Subsequent editions of “The Green Book” led travelers to safe restaurants, hotels and gas stations across the country.

Green never made much money from his project, but “his reward was much more valuable… for every business he listed, he may have saved a life,” Taylor writes.

As a history of travel by blacks in the 20th century, “Overground Railroad” is incredible, filled with great continuity and plenty of side stories to make it come alive. Taylor makes it exquisitely personal with tales from her stepfather and her deep appreciation for all he’d endured, leading to other stories of “driving while black,” how the travel industry foolishly thwarted black travel and its buying power, how things changed and the constant reassurance of “The Green Book.”

Along the way, Taylor sets her narrative against the background of mass incarceration and institutional racism, which one could perhaps argue is a discussion for a different book. But either way, “Overground Railroad” is a lively, well-rounded history book and a stellar tale, told with detail and an abundance of photos.