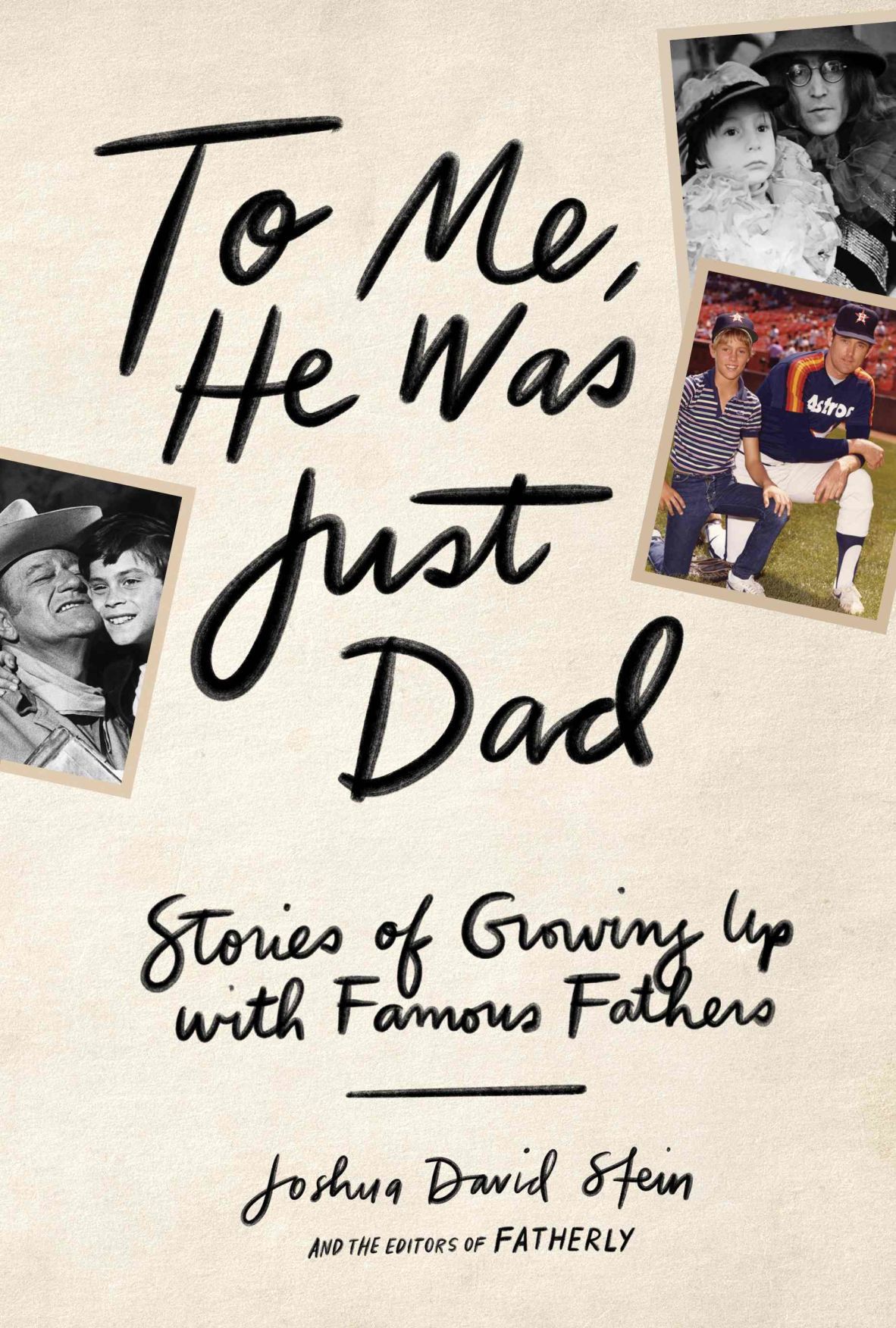 To Me, He Was Just Dad

When you were growing up, your dad was called many different names.

His boss sometimes used his last one. He was “Mister” to the child next door, and “Buddy” to the guy at the gas station; mom called him one thing, grandma called him another. And yet, as in the new book, “To Me, He Was Just Dad” by Joshua David Stein, he seemed to like your choice the best.

Growing up, you thought your daddy was the fastest, strongest and smartest man alive. If something needed fixing or making, he was your guy. Everybody knew your pops — and what if that was because he was famous?

Stein and his colleagues at Fatherly.com, a resource for fathers, asked that question of more than three dozen children of notable dads whose names were in the news, sometimes daily for a while. People saw their fathers’ public faces — but what were those Dads like in private?

Habiba Alcindor remembers spending summers with her dad, Kareem Abdul Jabbar, and trying “to play ... basketball with him, but he wouldn’t let us get the ball.”

Samuel L. Jackson’s daughter said Jackson is “a big nerd,” while Garry Trudeau’s son recalled the awe he felt when inside his father’s studio. Evel Knievel’s son was warned never to be a chip off the ol’ block, while Bruce Lee’s son said his father has been gone for years but is still a guiding force.

Brandon Jenner said, “Dad remained distant for much of my life.” Pablo Escobar’s son admits that his father was “100 percent responsible for his crimes,” but he was also “a wonderful father.” Lucion Gygax writes of his dad, the game-maker who held many jobs to take care of his family. Erin Davis remembers the honor of playing onstage with his father, Miles, and being treated as a peer.

And Jim Sullivan writes of a mystery solved and a shocking, heartbreaking truth: The father he never knew was also a Father.

There’s much to like about “To Me, He Was Just Dad,” starting with the length of its offerings: The tales in here are each about three pages long and ultra to the point.

This makes them no-nonsense, and that’s great for readers who don’t want fluff. Just a FYI, though: This wide variety of succinctly told tales stands out, in part because Stein includes essays that are less than complimentary. That should tell you firmly that this book is not a particularly sunny paean to fatherhood.

Instead, it’s sometimes emotionally raw, funny, sometimes a bit on the competitive side and sometimes an awful lot sad. Even so, those warts absolutely belong in this book, as an underscore, to balance it and to keep it from becoming needlessly saccharine.

Don’t misunderstand: It’s still a sweet book; still a great gift for children 25 and older or dads of any age; still a quick, enjoyable read. It’s just a little sharp sometimes, and that’s a good thing.

“To Me, He Was Just Dad” is great for pops, papa, daddy, or whatever you call him.