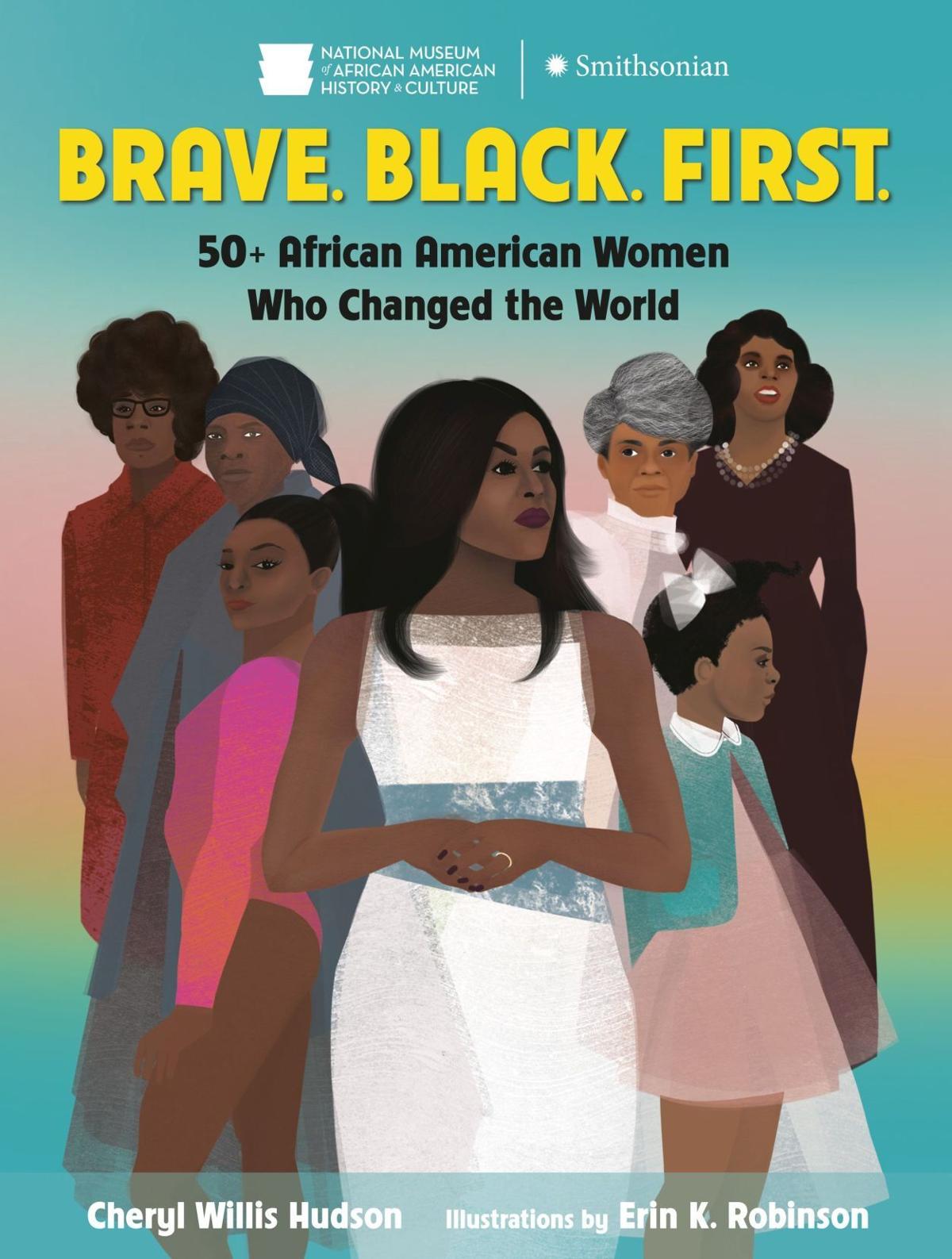 Or, as in the new book “Brave. Black. First.” by Cheryl Willis Hudson, illustrated by Erin K. Robinson, you might have to take some big risks.

Is it always good to be first? You might think so: You often get the best seat, the newest things, the nicest choice in a bunch of choices. But think about this: Sometimes, being first is extremely hard. Sometimes, it’s downright scary.

Take, for instance, Ruby Bridges. When she was just 6 years old, she became the first black child to attend what had been an all-white school. She put on a brave face and marched into the school building. But afterward, Ruby’s dad lost his job and her grandparents lost their farm because she just wanted to go to school. Still, Ruby continued going day after day after day.

The first American athlete to compete in the Olympics while wearing a hijab was Ibtihaj Muhammad. Ella Fitzgerald was the first African American to win Grammy Awards. Phillis Wheatley was America’s first black published poet.

Sometimes, the easiest-to-learn lessons come in the smallest of doses. That’s certainly the case inside “Brave. Black. First.”

Indeed, this book leaps into its subject matter with no introduction, just biography, which is something young readers might appreciate since it won’t overwhelm them with too much information.

Hudson gives them just enough to teach but also enough to keep them curious with a nice balance of biographies. Women from all walks of life, from many periods of history, all age groups and with accomplishments in a variety of fields are represented, and Hudson includes tales of adversity, as well as those of triumph.

That and the draws-them-in artwork by Erin K. Robinson make this book accessible and meaningful for children ages 8-12 and for boys and girls.

“Brave. Black. First.” is perfect if your child enjoys quick reads that are easily browsed and flipped through. It’s likewise great for the child who loves inspirational biographies, so step right up.