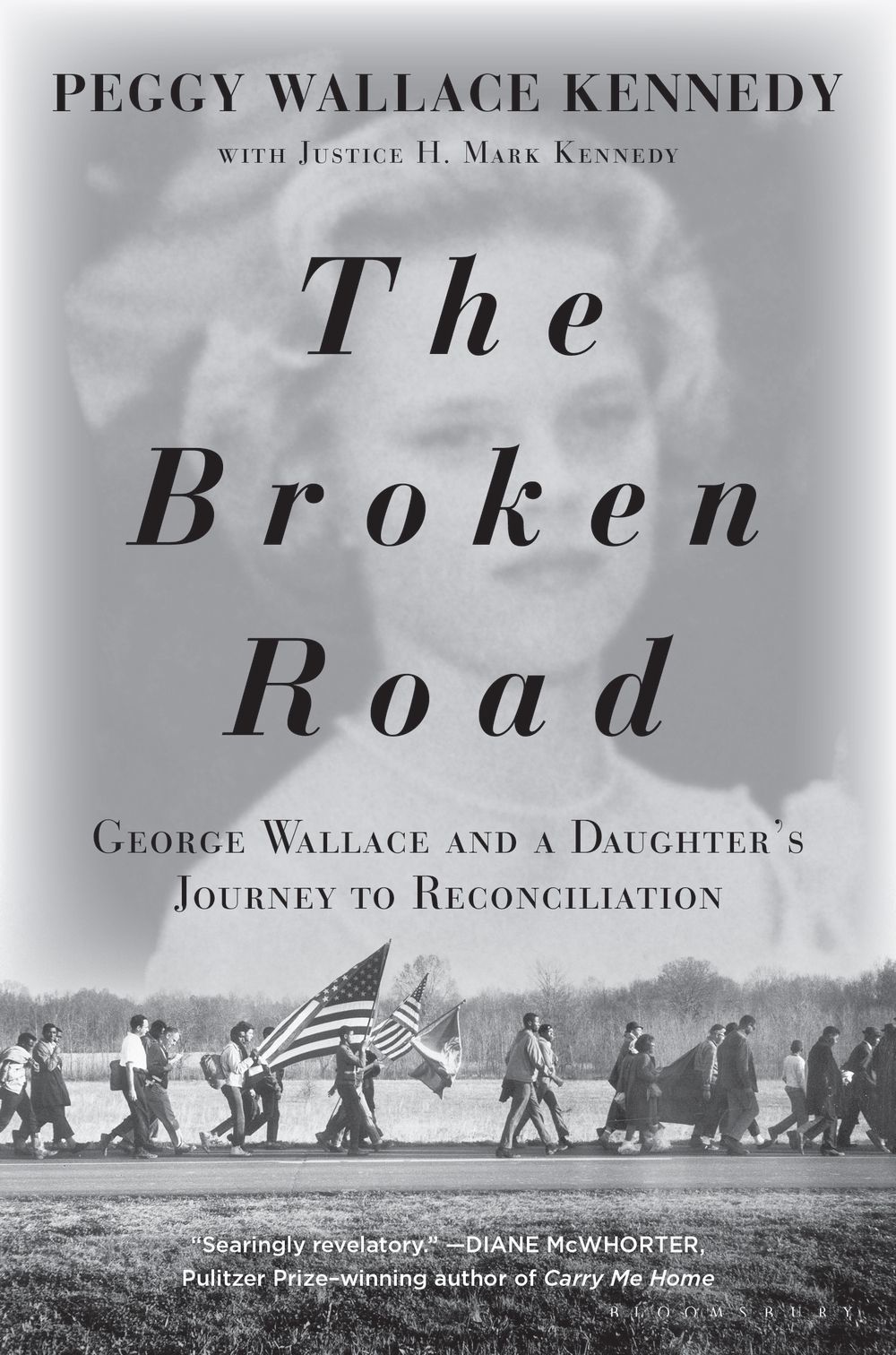 The path your parents first set you on is not the path you ended up taking.

Somewhere along the way, you veered to the left or stepped to the right. You found your own groove, made your own decisions and made adjustments while you learned where you were going. And as in the new book “The Broken Road” by Peggy Wallace Kennedy (with Justice H. Mark Kennedy), it was essential to know where you came from.

She never doubted that her Daddy loved her.

Still, when Peggy Wallace Kennedy was growing up, her father was absent more than he was present, even when he was in the room: George Wallace’s political promise to himself as a young man consumed him until campaigning became an obsession. He was away for much of Kennedy’s early life, meeting prospective constituents and asking for votes.

After he lost the 1958 Alabama governor’s seat to an opponent who was “racist to the heart,” the obsession grew and festered.

Before then, says Kennedy, when her father was a judge, he was known for fairness and equality in the courtroom. But when Wallace lost that election, something changed in his mind. He started telling people that he was a segregationist, he began using words that were shocking, and his behavior attracted voters to his side. He all but abandoned his wife and family and focused only on winning the next time.

Kennedy says that once the Wallaces were ensconced in the governor’s mansion in 1962, she thought everything was fine until she learned of the violence happening throughout their state and, though she was just a child and somewhat shielded from her father’s actions by her strong, tenderhearted mother, she couldn’t believe her Daddy would allow that. After her mother’s death, however, when Wallace renewed his decision to run for president, Kennedy’s eyes were opened and she wished she could stand for racial equality by standing up to him.

Absolutely, “The Broken Road” is a book of a thousand emotions.

Anger, disgust, outrage — of course, you may remember those.

Keep going: Deep sadness rings this tale, but a sense of satisfaction may be found, too, as pieces of a 50-plus-year-old puzzle fall into place. Also, in author Peggy Wallace’s hands, the story of her mother is told with steely inspiration, while other passages hold a tinge of droll, well-bless-your-heart zingers that are delightfully tucked in.

Mostly, though, this book seems to be about teasing apart the years, trying to understand why and how what happened, happened, and reconciling what was with what is. It’s a child’s-eye view of history with an adult’s careful perspective, finalized as Kennedy writes of spiritual generosity and the forgiveness her father received toward the end of his life, and the tender friendships she has with those he hurt.

Love, politics, the tumultuous 1960s, current events, it’s all in this can’t-miss biography. “The Broken Road” is paved with grace.