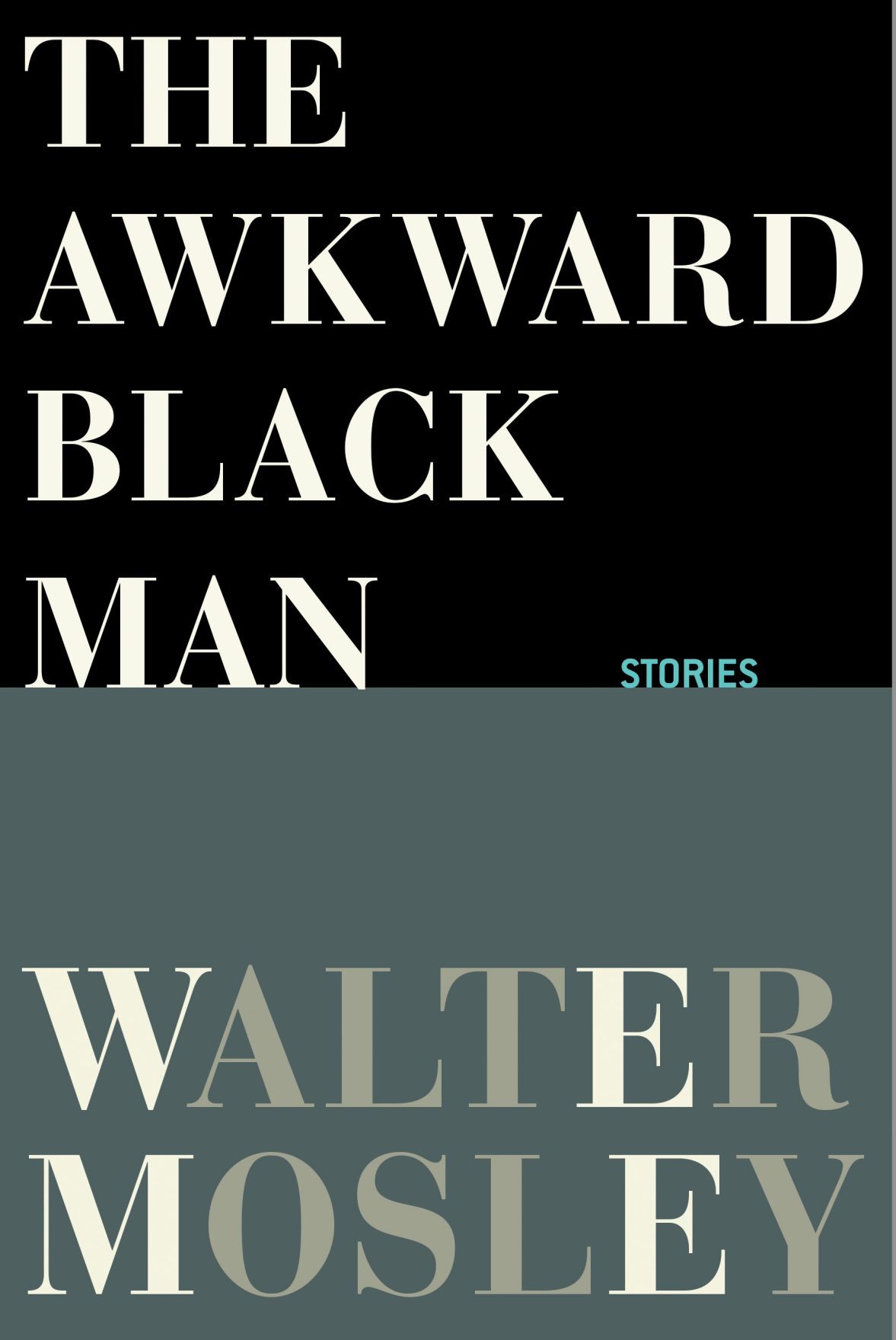 That’s all. It’s not complicated: You roll with whatever happens and try not to worry; your path is before you, and you’re light-footed enough to react swiftly if needed. Flexible, that’s the way to be because, as in “The Awkward Black Man,” a collection of stories by Walter Mosley, plans can go south in a minute.

Sampson Diehl was finally dropping some weight and he looked great. The bad news was that he had cancer. But he also had money, a soon-to-be-ex wife, a girlfriend, and a private nurse. In “The Good News is,” that’s a lot for one man to lose.

When Alyce walked out of his life, Albert Roundhouse hoped that someday, she might come back. Nobody’d ever take her place, though he met other women as he traveled the world and lived off the kindness of others and the money he could beg — and then he saw Frankie, and in “Almost Alyce,” Frankie could’ve been Alyce’s sister, maybe, nearly, except for that little job she hired Albert to do.

When his wife, Marguerite, cheated on him, Jared took her back because, well, he loved her. But then the spark went out of their marriage and she ruined his dreams. In “Starting Over,” Jared didn’t understand why Marguerite did what she did, until a co-worker said something that struck him right in the heart.

On the afternoon that Chase Martin ran away from school, he was sure the police were looking for him. Instead of cops, though, Chase was found in the woods by a homeless man who seemed to be troubled. When the man turned out to be a thief, Chase lost everything, but in “Otis,” he gained something, too.

Six months after his brother, Seth, died, a strange man visited Roger with a message from beyond. Roger and Seth were never close, not even as children, but in “Reply to a Dead Man,” Seth had plenty to say.

Imagine, if you will, a man with a heavy sigh on his lips, shaking his head ruefully as though he can’t quite believe what’s happening. That’s the idea of what to expect in “The Awkward Black Man.”

The stories inside this book are like a rained-out Saturday afternoon event. They’re like a bad car battery when you just bought four tires. Like ink-stains on a brand-new shirt: irksome, not life-or-death, but leaving you wondering what you did to deserve this.

But although these tales might remind you of a busted shoelace on your favorite kicks, you’re going to love every one of them because author Mosley is the kind of storyteller that makes his characters’ worst days into something you can relate to and recognize.

Been there. Done that. Lived, too. Gonna be OK.

Fans of Mosley don’t need to be told twice to go find this book. Just go. If you’re new to Mosley but you love short stories, “The Awkward Black Man” might be the best book for your life right now.