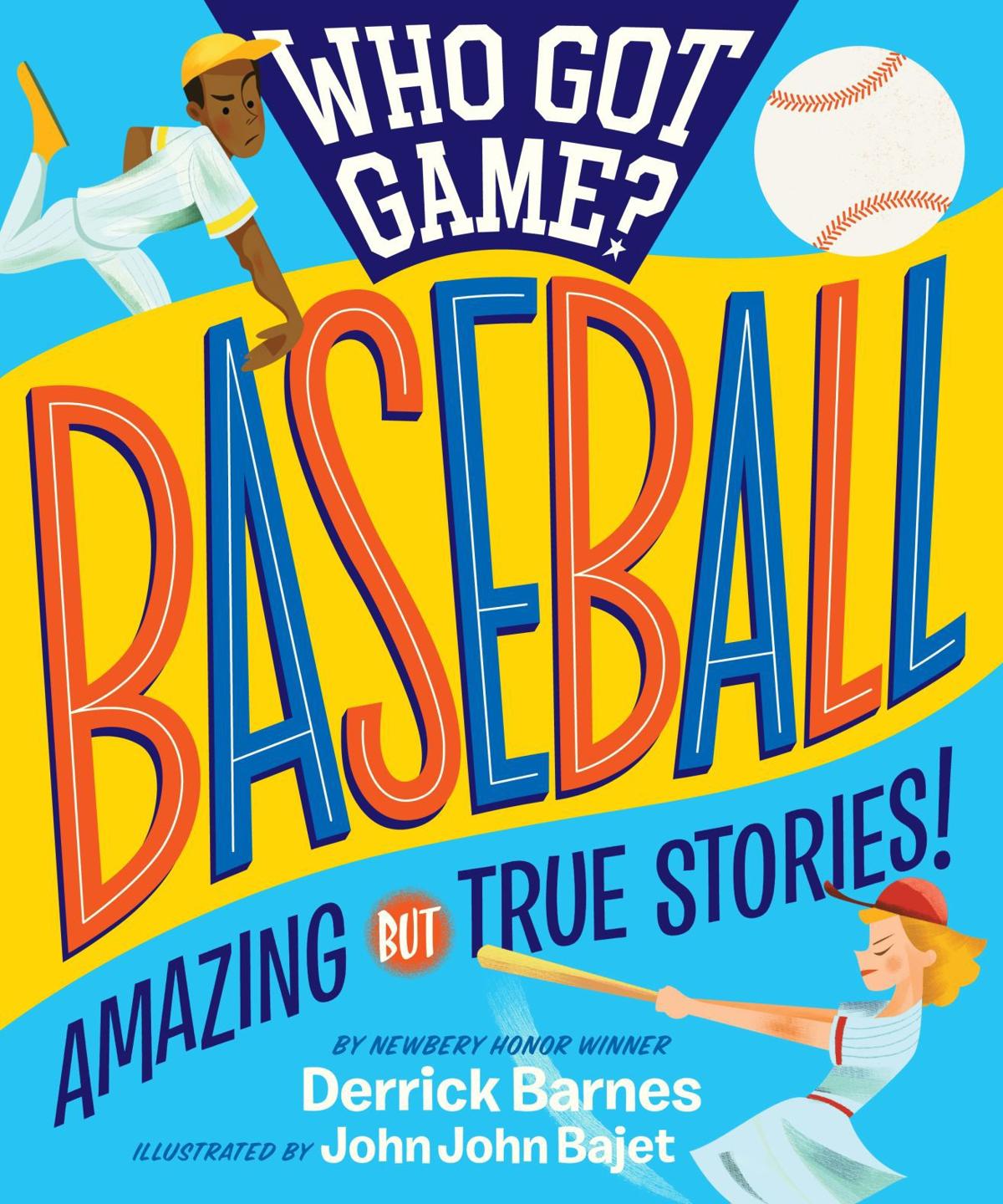 It’s probably not the “home” you’re thinking about though. The home you want to see involves running around a diamond, cheers in your ears, ahhh, you wanna hear that again. For now though, you may have to make do with a home run such as “Who Got Game? Baseball: Amazing But True Stories!” by Derrick Barnes, illustrated by John John Bajet.

Every day's a great day for baseball, right? But this year, you may have to wait to watch your favorite players, so why not learn about the game in the meantime?

For starters, there was once a time when baseball was "for white men only," so black players and women made their own leagues. Even so, baseball wouldn't be baseball without guys such as Andrew "Rube" Foster, who's known as "the father of the Negro Leagues;" or Hammerin' Hank Greenberg, who became the first Jewish Hall of Famer; or immigrants such as Ozzie Virgil from the Dominican Republic and Sadaharu Oh from Japan.

Through the years, there have been many changes to the game. For one, the spitball was outlawed in 1934, but not before a player was killed by one.

Women have been invited into the game, first by women's leagues at various times in history and later by the first female baseball executive. African American players were denied a chance to play, so they made their own leagues, too, and eventually broke the color barrier in the majors.

In this book, you'll read about forgiveness for a fan. You'll read about an influential doctor who saved careers and players who never let a little disability stop them from the game. You'll read about "a stinking mule" who was a mascot, a guy who was hit by 287 pitches during his baseball career and a player who had to make good on something he said.

And if you think age matters in the major leagues, read about a 42-year-old rookie, a 17-year-old strikeout pitcher and baseball's youngest major leaguer.

For a child who lives and breathes baseball, this lock-down must be hard. But dreaming about getting on the ballfield isn't all they can do at this time. They can also read "Who Got Game? Baseball: Amazing But True Stories."

The thing your child will love most is that this book isn't filled with things he or she already knows. Barnes and Bajet dug out tales from the dugout, sure, but they also include stories of support staff and non-players who influenced the game.

Young readers will learn about the game from its inception, as well as modern stories of baseball, and the book has some science hidden in sidebars. Even just browsing the illustrations will invite young players in and keep them in their (bleacher) seats.

Absolutely, a true baseball fan will love this book, especially if they're Little Leaguers or children ages 8 to 15. For them — and you — "Who Got Game? Baseball: Amazing but True Stories!" will be a huge hit.