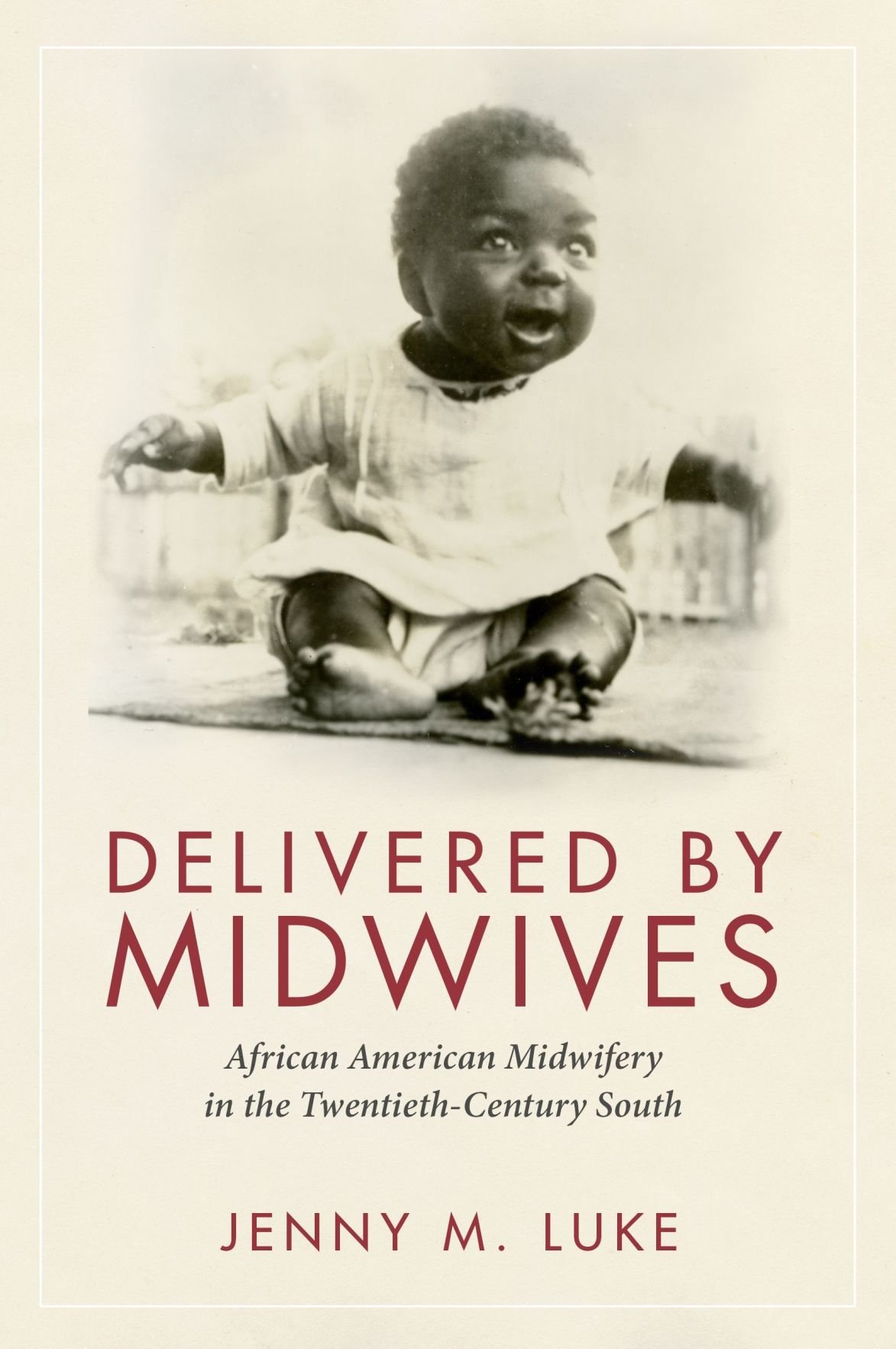 The mailman’s come and gone for today.

He never brings you much anymore anyhow, just a few bills and a card sometimes; now and then, you might get a box of something you purchased, and that’s always fun. You know, though, that the mailman doesn’t always bring you what you ordered. As in “Delivered by Midwives” by Jenny M. Luke, someone else brings a different kind of package.

At the turn of the last century, if you were an African American woman and you were pregnant, you might have struggled with more than just labor: White doctors simply didn’t have to treat black patients if they didn’t want to. Because of this, “many African American women in the Jim Crow South had no expectation of medical care for pregnancy and childbirth.”

And so, as did their foremothers when they were slaves, laboring women relied on “granny midwives” to “catch” their babies. Doing so was a natural conclusion, says Luke, since both men and women in early black communities were “authorized to be healers,” which was “a power that the white medical establishment could not undermine.”

What the white establishment could do, however, was point out the high rate of maternal and infant death in black communities. Because of this, laws were made in the 1920s to regulate midwives of all races. Classes on hygiene and cleanliness were taught to help improve the health of the most poverty-stricken mothers and their families, and joining a “midwife club” was mandatory.

As World War II began, however, so did the perception that not calling a doctor for a baby’s birth indicated “an indifferent negligence toward” the child. Black mothers still reached out to midwives, but it was increasingly becoming “a marker of status” and more “’scientific’” to have a hospital birth. By 1970, and though racism persisted and “hospital care and medical expertise were… not expectations of African Americans...” nine out of 10 black women delivered their babies in hospitals.

The tide is turning back again, Luke says, but there are issues — specifically, educational requirements for professional midwives have become steeper, which can lead to questions of affordability. Still, in “Delivered by Midwives,” she shows a continued need for midwives, especially in poorer communities — though getting to that point here can sometimes feel a lot like labor.

Luke moves her history at a good pace before repetition forces everything to slow down, then it speeds up again, so things move quickly inside this book — and then they don’t. We’re treated to painful, wincing tales of past midwives and what their patients endured, and those things might make you scream before you hurry up and wait for relevant-but-scholarly information that slows the process down. It ends in a somewhat-frazzling, acronym-laden whoosh.

That doesn’t make this a bad book — it makes this informative and interesting, good for students and prospective midwives, but not a curl-up-by-the-fire something to read. Still, if it’s a kind of medical, African American or feminist history you’re looking for, “Delivered by Midwife” is the total package.