Shrimp’N Stuff, with a flagship restaurant at 3901 Ave. O., is known for fairly priced seafood fare, including po-boys, gumbo and shrimp. Those items are being served at the downtown site, but there's also some new offerings.

The restaurant offers breakfast items, including tacos and burritos packaged to “grab and go.” A larger sit-down breakfast menu is available on weekends.

Also, the menu includes some grilled and broiled items.

And, the downtown restaurant was expected offer a full-stocked bar for anyone caring for a cocktail with their meal.

Shrimp N’ Stuff first opened its doors in 1976 and has been popular with locals and visitors ever since. It also operates a food truck in Jamaica Beach.

The eatery opened yesterday. Has anyone been yet? What do you think and what did you order? Who plans to go?

I hope to stop by this weekend and snap some pictures during Dickens on The Strand. 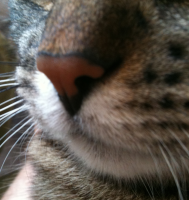 I'll definitely be checking it out, the more places to eat downtown, the better, as far as i'm concerned! [wink]

Salsa's actually moved to a larger location where Pancho's had been vacant for some time. Their quality and service went south. For the tourists it is great. For not wanting to drive to Lupe Tortilla or Cafe Adobe and other great mainland restaurants it will do.
They were terrific when they were in the original location.

I haven't been yet, but I'll try it soon. I wonder if any of the grilled items will migrate to the old store. Hope so.

Went by there yesterday and the special was a $21 snapper poor boy, to rich for me. I walked across the street to Yagas. The lady said they might have lunch special next week.

That is why it was a "Special" It was so high that the POOR boy could afford himself.He was hoping to snap some moola out of your pocket. Guess that Poor Snapper is swimming back home.

Forgive if this is a repost, I tried posting using my phone 10 mins ago but doesn't seem to have worked. Anyway, yes, there is a "market price" snapper po'boy but the vast majority of items on the menu are moderately priced, along the lines of the menu at the location near Ball High. Methinks it's going to do pretty well, because it will be able to draw from both the downtown office worker lunch crowd as well as the Strand-area tourists. I ate there today and the fried shrimp platter was good.

Had lunch at Shrimp N Mush on Sunday . Ordered 2 shrimp po boy meals and 1 oyster po boy meal. The total was $38. I don't mind the cost but the food was terrible. You could tell that the shrimp were frozen, not fresh and they were tasteless. The oysters were just ok but you would expect better being that we are on an island surrounded by fish, shrimp and oysters. Since this was our 3rd try we will not go back. McDonalds has better seafood!

Don't know why a business would change a model that works perfectly. Ask Pepsi and coke! We will not be back to the downtown location. Will drive across town to the original.